Manufacturing polyvinyl chloride (PVC) is a three-step process, described below. Alternatively, watch our short video for an overview of the process and the manufacturing supply chain. 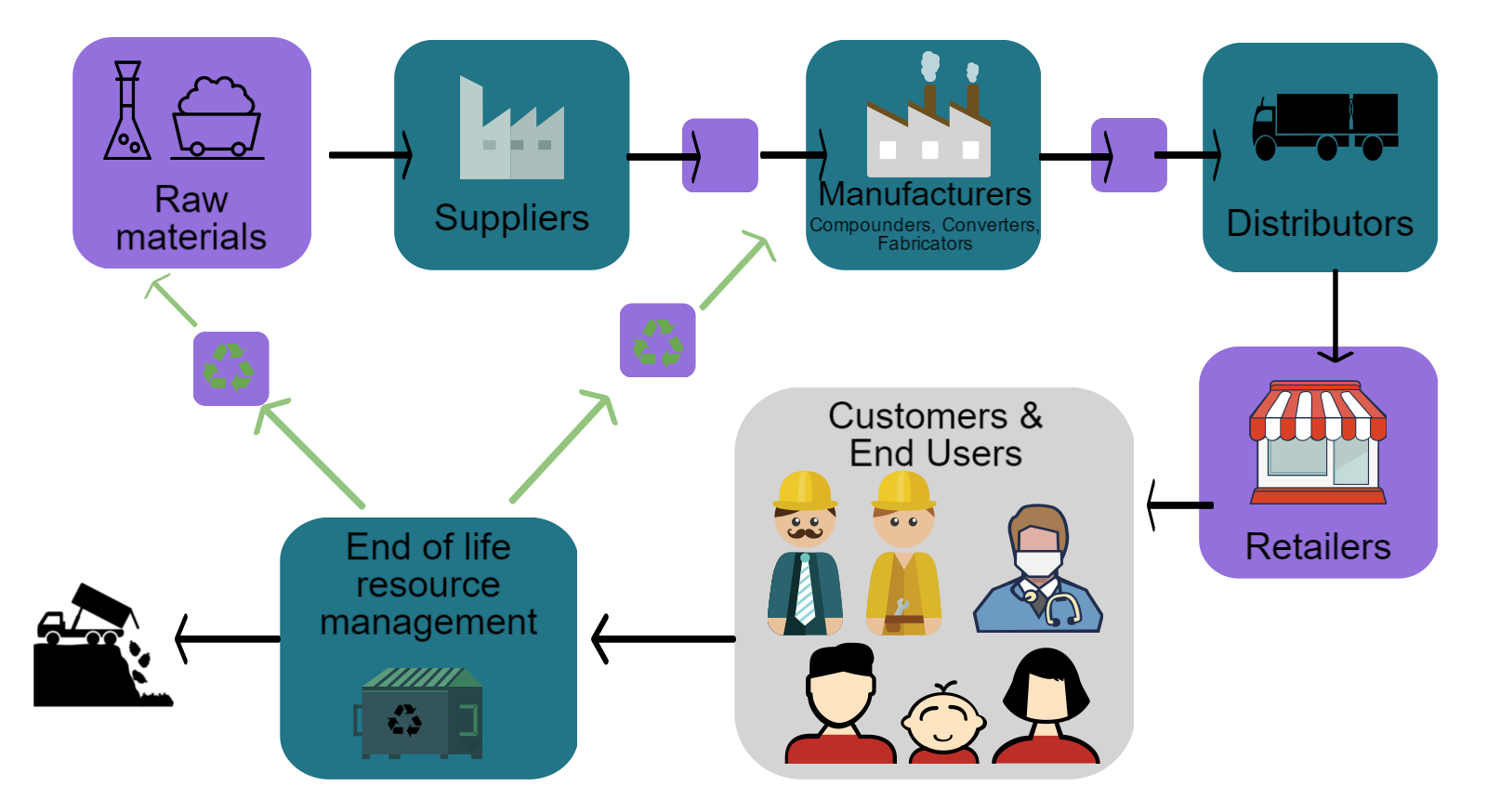 Step 2 - Producing Vinyl Chloride Monomer (VCM)
The ethylene dichloride is then decomposed by heating in a high temperature furnace or reactor.

The overall reaction can be shown by adding together the above equations: